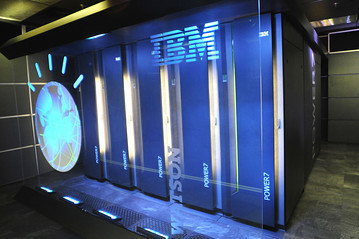 Social networking tools keep flowing into large companies, but the road map for implementation is still on the drawing board.

Is IBM’s Watson supercomputer a threat to Enterprise 2.0?
The business opportunity continues to lure major software companies, as indicated by the fact that Adobe, Avaya and Oracle set up booths for the first time at the Enterprise 2.0 Conference, now in its seventh year. They joined other big players such as IBM, Microsoft and Cisco at the Boston event this week along with venture-backed companies such as Jive Software.

While most big organizations have some Enterprise 2.0 users companies adopting such tools wholesale are still a minority, said one of the leading authorities on the trend, Andrew McAfee, principal research scientist at the Massachusetts Institute of Technology. The big opportunity, he said in an interview, is to standardize the technology and bake it into the enterprise.
Show original